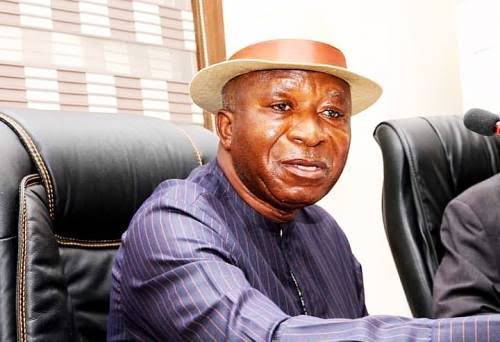 Retired Col. Milland Dikio, Interim Administrator, Presidential Amnesty Programme (PAP), has appealed to the Niger Delta people in the Diaspora to invest their money in the region.

Dikio made the appeal in a statement by his Special Adviser, Media, Mr Neotabase Egbe, on Monday.

Dikio, according to the statement, was speaking at the 2022 Ijaw Diaspora Convention in New Jersey, USA on Sunday.

He listed various opportunities in the region especially in maritime, agriculture and oil and gas, saying that the sectors were begging for investments.

Dikio referred to the palm oil sub-sector as another opportunity with huge economic potential begging for attention.

He decried the emphasis on crude oil, explaining that palm oil had broader market, greater economic value and better returns if serious investments were made to harness it.

Dikio described the opportunities in the region as new market frontiers waiting for investors to unlock and reap bountiful economic benefits.

He allayed the security fears of those in the Diaspora and added that the interventions of the Amnesty Office had calmed down frayed nerves and restored peace in the region.

He told the potential investors that he had redesigned the training programmes of ex-agitators with the introduction of the novel Train, Employ and Mentor (TEM) initiative.

The interim administrator noted that TEM was introduced to make ex-agitators competent entrepreneurs and employable citizens.

Dikio said with the new concept, the era of dumping beneficiaries after training was over.

He disclosed that currently under TEM, 1,500 delegates had been deployed to various reputable companies to pursue careers in maritime, agriculture, oil and gas among others.

He told the potential investors in the Diaspora that the ex-agitators no longer blocked roads because of his efforts to make PAP focus on beneficiaries and the introduction of a new conflict resolution system.

He also said the tension in the region reduced drastically following his deliberate policy of continually engaging all stakeholders to tackle challenges.

The amnesty boss reiterated that his leadership was focused on the mission of making ex-agitators economically self-reliant either through entrepreneurship or paid employment.

On the misconceptions of PAP, Dikio said:  “The broader amnesty package is critical for all to understand.

“This is because people equate the whole basket of incentives that the Federal Government rolled out at the time of the amnesty declaration to the amnesty programme.

“Amnesty programme is always mistaken for the Niger Delta Recovery Plan with many placing unrealistic expectations on the programme.

“It is a Disarmament, Demobilization and Reintegration programme, in essence a holding fort to create an enabling environment for peace to reign in the Niger Delta.

“It is pertinent to know that the Ministry of Niger Delta and the NDDC are saddled with infrastructure development in the Niger Delta; it is their core mandate.”