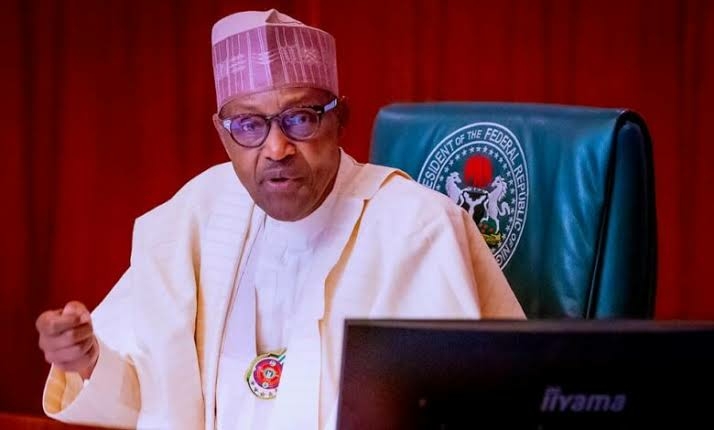 He said: “It is a pity that almost all media houses allowed themselves to be deceived by interested sources that are not the authorised spokesmen of government.’’

Shehu appealed to the media not to spread misinformation over the ongoing strike by members of ASUU.

The president had earlier on July 19, unveiled the new Nigerian National Petroleum Company Limited (NNPC Limited), affirming that ”the company is mandated by law to ensure that Nigeria’s National Energy Security is guaranteed”.

He said Africa’s largest National Oil Company (NOC) would also support sustainable growth across other sectors of the economy as it delivers energy to the world.

At the event, which featured a Special rendition of the Theme Song ”Energy for today, Energy  for tomorrow, Energy for Everyone’‘ by an Ensemble, the president recounted how God had used him to consistently play an important role in shaping the destiny of the country’s NOC in the last 45 years.

President Buhari also presided over meeting of the Federal Executive Council (FEC) on July 20 shortly after he inaugurated a compendium of ecological projects undertaken by his administration.

The Council meeting approved contract worth N6 billion as augmentation for the Chochi irrigation project in Adamawa as well as N1.4billion for procurement of aviation equipment.

It was reported that immediately after the FEC meeting, the president met behind closed doors with the All Progressives Congress Vice Presidential candidate, former Gov. Kashim Shettima, at the State House, Abuja, on Wednesday.

The APC vice presidential candidate was accompanied to the State House by Gov. Babagana Zulum of Borno.

Buhari also presided over the meeting of the National Security Council on July 21.

Addressing State House correspondents after the security meeting, the Minister of Justice, Abubakar Malami, disclosed that the Federal Government might ban the use of motorcycles and mining activities to check banditry and terrorist activities across the country.

He said the decision was aimed at curtailing the activities of terrorists, who used motorcycles to perpetrate their evil acts as well as mine solid minerals, and use the proceeds to procure arms.

On July 22, President Buhari hosted a delegation from Nasarawa State, where he declared that the off-season elections in Anambra, Ekiti and Osun States had confirmed his administration’s irreversible commitment to credible and violence-free polls in the country.

He urged the electorate to vote the All Progressives Congress (APC) in the next general elections to ensure continuity in the polity, and stability in the country and West African region.

The president told the high-powered delegation, led by the State Governor, Abdullahi Sule, that the Electoral Act, signed by him earlier this year, was an attestation of the fulfilment of the administration’s determination and commitment to the tenets of the rule of law.

President Buhari concluded the week with a meeting with stakeholders of the All Progressives Congress (APC) led by the National Chairman of the party, Sen. Abdullahi Adamu, on July 22.

Speaking at the event, Buhari said that the unity, security and prosperity of the country would matter most to him beyond his days in office as President, expressing delight that the party was working  towards that eventuality.

He thanked members of the delegation “for the kind words on my role in processes leading to the emergence of our candidate and his running mate for the Presidential election in February, next year”.