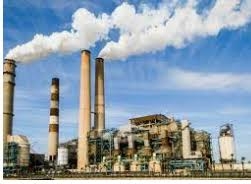 The office said the separate data showed that the foreign trade deficit widened in June from a year ago as imports grew faster than exports.

Industrial production climbed a working-day adjusted 1.7 per cent year-on-year in June, following a 3.3 per cent rise in May, which was the first increase in four months.

Mining and quarrying output advanced sharply by 10.5 yearly in June, while production in the manufacturing sector expanded by only 1.2 per cent.

Electricity, gas, steam and air conditioning output showed an increase of 6.1 per cent.

It said the industrial production rose a seasonally adjusted 0.5 per cent on a monthly basis since June.

Data also showed that industrial orders were 15.5 per cent higher in June compared to last year.

The construction output increased 0.8 annually in June, while it dropped 0.7 per cent from a month ago, the statistical office said in a separate report.

In a separate communiqué, the Czech Statistical Office said the trade deficit widened to 12.11 billion koruna (0.5 billion dollars) in June from 9.81 billion koruna in the same month last year.

In May, there was a shortfall of 25.06 billion koruna.

Exports climbed 15.3 per cent annually in June and imports grew at a slightly faster rate of 15.9 per cent.

On a monthly basis, exports increased a seasonally adjusted 1.3 per cent in June, while imports fell 0.7 per cent.