2023 Elections: ADC advocates for a just leader, who ‘ll work for Nigeria’s unity 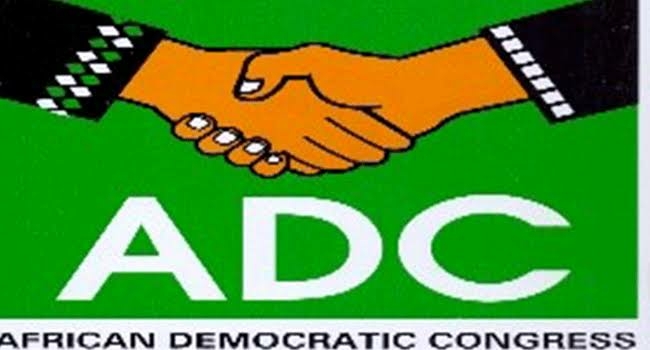 Alhaji Abdul-Azeez Suleiman, the Director-General, ADC 2023 Campaign Council said this at a news conference on Wednesday in Abuja.

He commended members of the party`s Board of Trustees (BoT), its National Chairman and other executives for their efforts toward keeping the country united.

“We are Nigerians, with history, strengths, endowments and challenges that are peculiar to being Nigerians; in the same manner every community in the world has peculiar problem.

“And Nigeria is the Nigeria of Muslims and Christians of the largest and the tiniest ethnic groups of the weak and the strong.

“It is God’s creation, planned by Him to be big, bountiful and compassionate.

“There is, therefore, enough room for all of us to grow and prosper in Nigeria, but only if we trust each other to play by the rules, and to be fair and just with each other,’’ he said.

Suleiman said the ADC target was to change the country`s political culture from that which served only the leaders, to that which created leaders that served the people.

He added that as part of its mobilisation strategies, the ADC leveraged on deep grassroots and community engagement and was involving every component of the Nigerian society in nation-building.

“ADC is seriously engaging with various community leaders, youths, women and students, as well as the business community to sensitise them to become patriots and citizens that value respect, justice, quality and ethical orientation.

“The ADC, which represents an initiative by truly patriotic Nigerians of all faith and all ethnic groups, is on a mission to rescue our country.

“With ADC, we need to understand and reconfigure our priorities, knowledge banks, and leverage on our human capital by adapting and creating values and processes that suit our cultures, circumstances and interest,’’ he said.

He said the ADC as a political party, revolved around a passion of great united Nigeria with clear vision and shared values, a country where justice, equity, true brotherhood and love reigns.

He added that the party`s desire was to empower the youth, women, persons with disabilities and Nigerians in the Diaspora to attain their potential.

“Never again will faith, class, region, tribe and religion divide us. It is possible, be assured that ADC will do it. ADC is out to make a difference; introduce a new way of living, a new Nigeria and a super power economy.

“We need peace; education and we need to value human live and respect one another,’’ Suleiman said, explaining that the party`s handshake symbol represented peace and respect.

He said ADC`s handshake would herald peace in the country, adding that with peace and justice, youth restiveness, marginalisation, economic hardship and poverty would be eradicated.

According to him, peace is a sure solution to most of the country`s problems.

He said because the party cares and listens, it had not only presented the alternative vehicle for unifying the country, it also availed Nigerians a presidential candidate that was for all intents and purposes.

This, he said, was the natural and legitimate claimant to the task of reshaping the society.