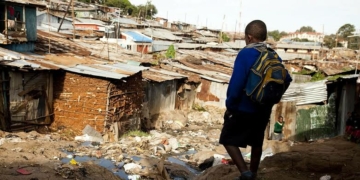 HILWA Chairperson, Hajiya Mariya Abdullahi,  made the call at a two-day roundtable with members of Katsina State House of Assembly on Saturday in Kano.

The meeting was organized by the NGO in collaboration with the UN Children Fund (UNICEF), and funded by the Foreign Commonwealth and Development Office (FCDO).

She said the meeting with the lawmakers was to develop a roadmap for the implementation of the law on compulsory access to education for all children.

”And also to support the bill seeking for the provision of law to provide the 35 percent positions to women in the education system.

”The meeting will also give them the opportunity to identify roles of each stakeholder in the implementation of the law,” she said.

According to her, HILWA had presented two bills before the assembly, including that of compulsory access to education for all children and that of 35 percent for positions for women.

Abdullahi said that the bill on compulsory access to education had become law already, while HILWA has been making efforts to see that the second one also do so.

Responding, the Speaker,  Alhaji Tasi’u Maigari assured that the assembly will do everything possible to see the passage of the bill.

“I know there are going to be some challenges and alterations on the bill, but I am assuring you that before the end of our tenure, it is going to be a reality like the other law.

“The early passage of the law on compulsory access to education for all children in the state was a great development for the assembly and also HILWA,” he said.

Maigari stated that the assembly was committed to providing laws that are of benefit to the entire people of the state, especially those on education.

Earlier in his remarks, the UNICEF Chief of Kano Field Office, Rafid Aziz, said ”the problem with the enactment of laws is implementation, therefore are appealing for the prompt implementation.

”The education of women is very important, therefore UNICEF is always committed to ensuring that all children go to school, especially the girl child.”

The News Agency of Nigeria ( NAN) reports that the participants were drawn from the state ministry of education, assembly, SUBEB, judiciary, HILWA, media, and UNICEF, among others.