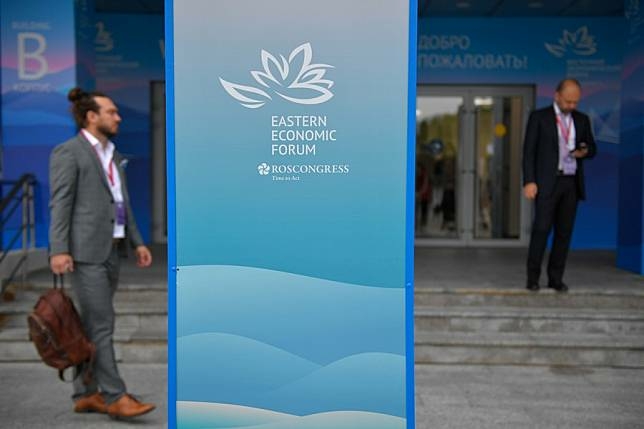 Russian Deputy Prime Minister Yury Trutnev said the forum would hold on the campus of the Far Eastern Federal University through Thursday.

This year’s forum, themed: “On the Path to a Multipolar World,” included key events such as “The Far East Street” exhibition which showcased the economic, investment and tourism opportunities of all the 11 regions of the Russian Far East.

“The Far East is developing. More than 2,700 investment projects being implemented on its territory today. In addition, 120,000 jobs have been created,” Trutnev said at the opening ceremony of the exhibition.

“We are opening ‘The Far East Street’ for the seventh time. Thousands of guests from dozens of countries of the world would gather on the coastal land to talk about cooperation, about the development of the country.’’

The Roscongress Foundation, organiser of the EEF, said Russian President Vladimir Putin would speak on Wednesday at the plenary session of the forum.

Launched in 2015, the annual EEF was aimed at supporting the economic development of the Russian Far East and expanding international cooperation in the Asia-Pacific region, the official website of the EEF said.