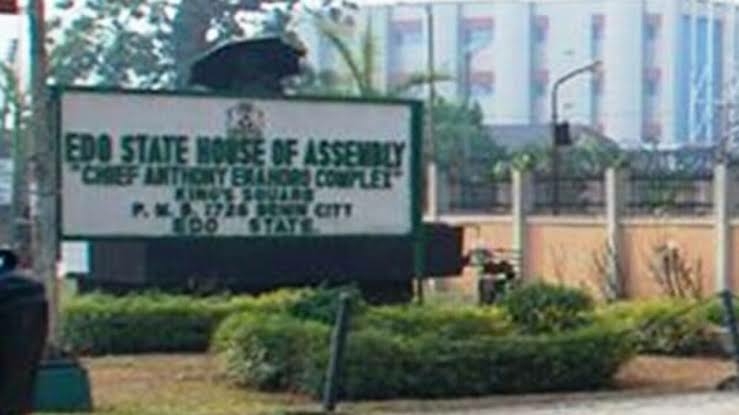 Hon. Marcus Onobus, Speaker of Edo State House Assembly announced the confirmation during the sitting on Monday in Benin.

Onobun said her confirmation was made after the consideration of the report of an ad-hoc committee set up for the purpose.

Earlier, Deputy Speaker, Roland Asoro. said the committee came up with four findings and one recommendation after rigorous inspection.

“The report of the ad-hoc committee screened the nominee sent by the state Governor, Godwin Obaseki, for the position of the Managing Director, Edo Geographic Information Service (EDOGIS),” he said.

The House at the committee of a whole considered the one point recommendation in the report, which is that the nominee be confirmed as Managing Director of EDOGIS.

The House at the committee of a whole also considered the recommendation for the title, enactment, citation and other parts of a “Bill for a law to repeal the criminal code law 1916; enact a law to provide rules on criminal conduct, regulate public order and for connected purposes “.

Marcus Onobun directed the clerk to give the bill its third reading and thereafter transmit clean copies of the resolution to appropriate authorities for action after the consideration of the bill.

He congratulated members for their hard work in considering the bill as the House winds down the first quarter of the fourth session of the seventh Assembly.