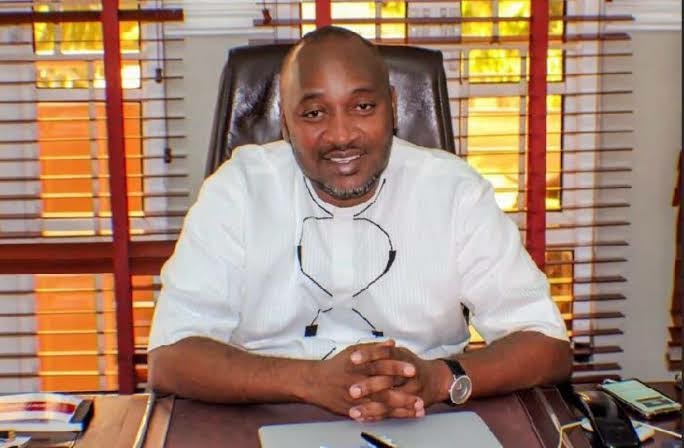 Kachikwu said this on Sunday in Abuja at the ADC Presidential Town hall themed “State of the Nation”.

He said that interactive sessions gave him opportunities to present his arguments on why he was the most credible alternative for presidency come 2023.

“Today’s town hall is one in a series of town halls I have planned across the country before we go to the polls next year.

“Interactive sessions like this afford me an opportunity to present my argument for a Dumebi Kachikwu presidency.

“I get to take questions from you on issues affecting us all and most importantly get feedback on what we can collectively do to rescue our nation.

“So I look forward to many of such meetings with electorate and I’m not afraid to participate in a debate with other contenders,” he said.

Kachikwu said that his decision to contest for the highest office in the land was not a decision he made on the spur but one defined by the very essence of his life.

According to him, It is the only natural progression for someone who has devoted his entire adult life to designing and proposing solutions for the betterment of Nigeria to those who have managed our common welfare.

“I now realise that I must be in the driver’s seat to make the changes needed in Aso Villa. I now understand that merely proposing and complaining are not enough.

“It is time to sit on this table; It is a table of inequity, injustice, iniquity and intolerance but when you sit at the head of the table you get to decide what the menu is going to be.

“This is the seat I seek to occupy so that together we can chart a new course for our nation,” he said.

He urged Nigerians to join him to design a new menu for Nigeria and to constitute a new nation that was not only inclusive for all but guarantees equal rights and expressions to all, irrespective of tribe, tongue and religion.

Kachikwu said that part of his vision for Nigeria was to do away with all colonial relics of division, mistrust and hatred.

He said he would resist Nigeria and rescue it from all those who made religion and tribe their mantra.

“We will zone out all proponents of zoning and usher in a Nigeria that promotes merit, character and know-how above primordial sentiments.

“Every component part of Nigeria is blessed with those who have the talents and abilities to pilot the affairs of Nigeria and we must create the enabling environment for them to emerge in government and governance.

“Nigeria will no longer be associated with mediocrity as we will invest in our citizens, our greatest asset,” he said.

He called for support from electorate, saying that though ADC lacked the structures of the All Progressives Congress (APC) and the Peoples Democratic Party (PDP), but was certain of emerging victorious at the polls, using the electorate’s structure.