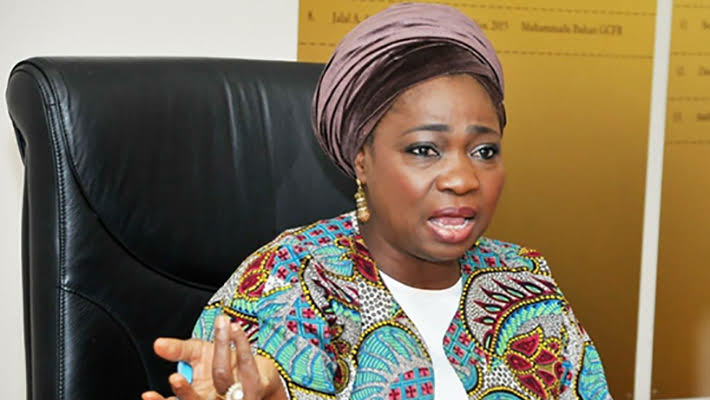 Mrs Abike Dabiri-Erewa, the Chairperson, Nigerians in Diaspora Commission (NiDCom) on Tuesday appealed for an amendment of the act establishing the commission.

She said this when she appeared before the Senate Committee on Diaspora and Non-Governmental Organisations on 2023 budget defence on Tuesday in Abuja.
Dabiri-Erewa who lamented the inadequate funding of the commission said that an amendment of the act would enable the commission generate revenue.

“If we are able to amend the law, that will also help because we believe we shouldn’t really be struggling for funds from government.

“We can generate funds. So if the law is amended and we think outside the box, and look at other ways, that it would aid our operations.

“The agency needs better funding; it is probably one of the most poorly funded and if we have the relevant law amended we can do much more.

“Our budget is getting smaller but we are going to work harder to ensure that we continue to do what we had to do because we are talking about human capital development,” she said.

On the Japa Syndrome, Dabiri-Erewa said “Wether we like it or not, it’s the trending news.

“You can’t stop migration but we can help reduce illegal migration by raising more awareness.

“Now diaspora is on the front burner, you can’t say anything without the diaspora and we cannot ignore them so we will continue to count on the support of the parliament particularly in budgetary allocation.”

She, however, said that the commission was working with some of the migrants that had returned to the country to serve as ambassadors.

“We have people who said they would never do that again they become ambassadors to tell people that it doesn’t worth it, ” she said.

In his remarks, the Chairman of the Senate Committee, Sen. Michael Nnachi promised to look at the budget toward an update review.