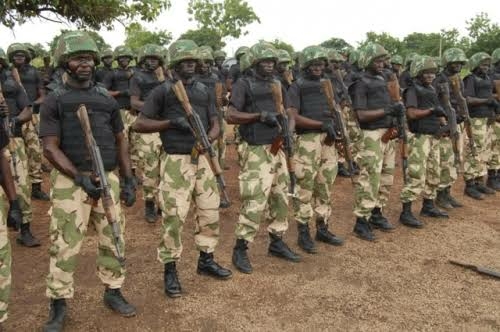 A movie production firm, Maimartaba Media, has revealed its plan of partnering with Nigerian Army to produce an anti-terror movie.

The firm’s Director of Production, Mr Shittu John, disclosed this at a news briefing on Tuesday in Abuja.

He said the movie titled, “Hadin Kai,” aimed at supporting the military’s non-kinetic line of operations toward achieving national security.

John stated that the movie, which would be produced within the first quarter of the year, was also aimed at encouraging and enhancing cooperation between the military and the civil populace during operations.

According to him, despite the increasing military operations in dealing with internal security challenges in the country, the spate of insecurity and threat to national security remained alarming.

He noted that this worrisome development has called for the adoption of all-of-nation approach to effectively tackle the challenges.

“This approach demands that in times like this, every segment of the Nigerian society is expected to contribute its quota to complement the efforts of the military and other security agencies.

“To this extent, the Nigerian movie industries, media and other stakeholders are urged to partner with the Armed Forces of Nigeria towards solving the security challenges facing the country,” he said.

John explained that the story of the movie was generally on the role of citizenry in attaining stability, peace and security in the Nigerian society.

According to him, the film, Hadin Kai, is the first of its kind in Northern Nigeria and is designed to align with the vision of the Chief of Army Staff.

“Which is,  having a professional Nigerian Army ready to accomplish assigned missions within a joint environment in defence of Nigeria,” he said.

He said the project was also aimed at preserving and projecting the cultures, traditions, values, morals and beliefs of the Nigerian Army.

The movie producer said it was another way of providing morale-boosting supports to the military in spear-heading the fight against insecurity across the country.

He said the project was also expected to create over 1,000 direct and indirect jobs to the youth in the areas of cinematography, lighting, acting, sound and audio engineering, fashion and costumes, graphics designing and post production.

“The production is aimed at winning the hearts and mind of its viewers and to promote peace and stability in the country.

“The producers strongly believe that soft or non-kinetic approach is a veritable mechanism that can be adopted in solving the security challenges currently bedeviling the country,” he said.

John, however, said the firm would welcome suggestions from individuals and professionals with a view to enhancing the quality of the movie.