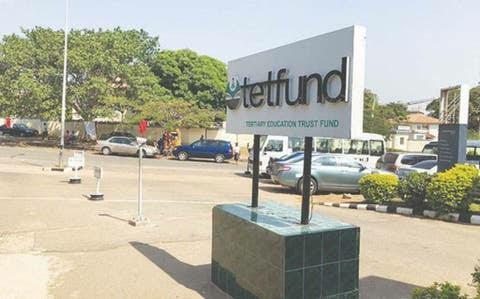 Akinwumi described the release of the fund as “very timely” and “heartwarming” considering the burning desire of his administration to improve on the infrastructural development of the university.

He noted that the fund released by TETFund indicates that work on the Senate Building would soon commence “as all necessary arrangements have been concluded with the contractors.

“We are equally calling on public spirited individuals and corporate organisations to partner with government in its frantic efforts to provide infrastructural facilities for institutions of higher learning across the country.

“This has become necessary to underscore the dire need for collaboration between government and corporate organisations to put quality infrastructures for conducive learning environment in Nigerian universities, ” he explained.

According to him, the visible development in the institution is part of his administration’s efforts to improve upon the basic infrastructure of the university and boost its statutory mandate of providing quality education in the ivory tower.

Also speaking, Sen. Chris Iheanyichukwu-Adighije, Pro-Chancellor and Chairman Governing Council of the university, who inaugurated the projects, described the ongoing infrastructural development in the institution as “unprecedented.”

The Pro-Chancellor commended Akinwunmi for the accelerated growth being witnessed in the institution under his leadership.

He also lauded the efforts of the Vice-Chancellor for consolidating on the legacies of his predecessors, adding that the projects would enhance the credibility of the Institution nationwide.

However, the Pro-Chancellor sympathised with the university students, ASUU members and government over the lingering strike, which he described as “an unfortunate situation” in the nation’s process of development.

Asking for patience and understanding from the stakeholders, Iheanyichukwu-Adighije expressed optimism that sooner than later, the face-off would be a thing of the past.

Projects inaugurated included the University Printing Press at Adankolo Campus, the University Signage and network of access roads linking faculties in the university, alongside tree planting at the permanent site.