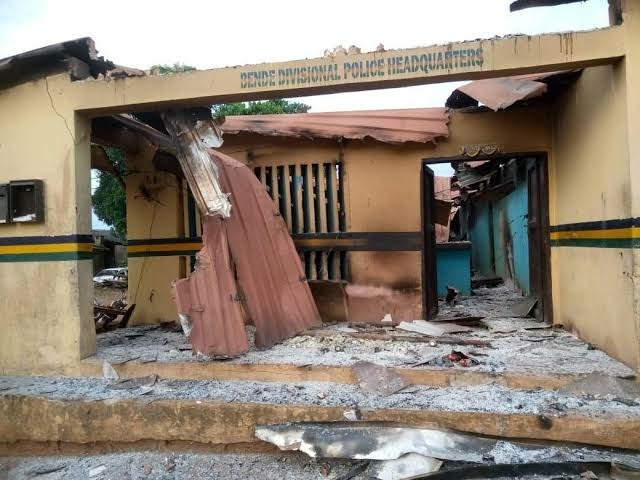 Police spokesman in Imo, CSP Michael Abattam, confirmed in Owerri that the assailants approached the station from an ungoverned forest at the rear.

He added that they threw petrol bombs and Improvised Explosive Devices that fell on the transit camp behind the station and on a parked vehicle.

“Police operatives and some of the Command’s Technical Teams engaged the hoodlums in a fierce gun duel preventing them from gaining entrance to the station.

“In the process, they forced the hoodlums into retreating into the forest with various degrees of bullet wounds.

“The police operatives gave them a hot chase and while combing the bush, three undetonated explosives, four expended AK47 bullets and five live cartridges, were recovered.

He added that apart from the minimal damage on the transit camp and the vehicle, no life was lost.

He stated also that a police operative who sustained minor gunshot injury had been treated.

The police spokesman added that Acting Commissioner of Police, DCP Maman Giwa, who visited the scene, commended the officers and men for repelling the attack.

Giwa appealed to Imo residents to continue to give the police timely and credible information about criminals and their activities and to report any person seen treating bullet wounds within the community to the nearest police station.

Meanwhile, a source in the community, who requested anonymity, said two persons were feared killed in the attack.

“The attack started around 2 a.m. and lasted for about three hours. We heard the sounds of various firearms and suspected dynamite during the attack.

“We do not know whether the assailants took away police weapons as they usually did,’’ he said.

Monday’s attack brought the number of police divisional headquarters attacked in Imo in March to four.