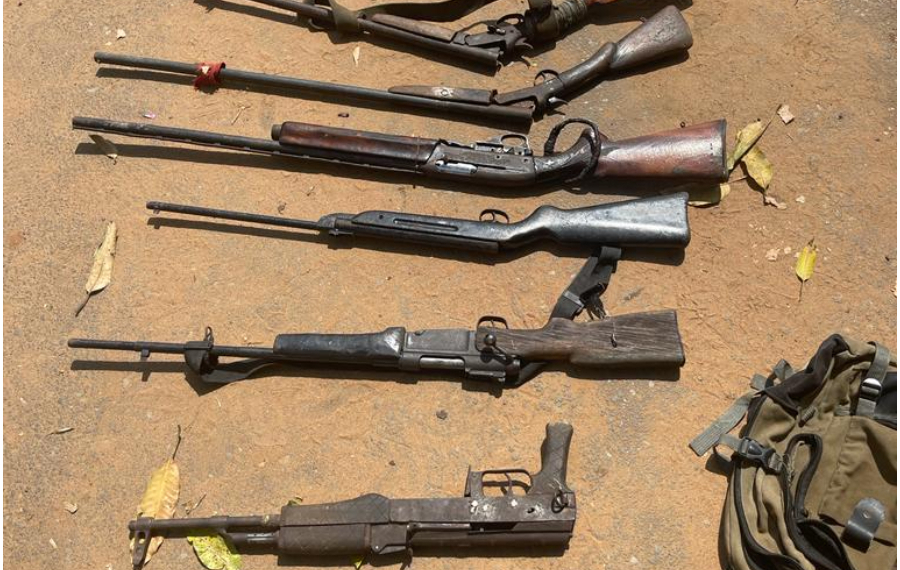 The Nigerian Army has debunked the allegation of invasion of Amangu community by troops of 82 Division in Abia over abduction of a solders who was on official leave.

Brig.-Gen. Onyema Nwachukwu, the Director, Army Public Relations, in a statement on Wednesday in Abuja, debunked the allegation.

The Director said that it was necessary the army authorities clear the air on the incident considering the weighty nature of the allegation.

According to him, operations conducted in the area was to rescue a soldier, Sgt. Bassey Ikunugwan, who was officially on leave, but abducted on Nov. 2, along Okwu-Ebem Ohafia road in Abia.

He said troops on Nov. 3, acting on credible intelligence, embarked on a search and rescue operation at Amangu village and forest, a confirmed enclave of Indigenous People of Biafra and Eastern Security Network.

Also, Nwachukwu said that there was exchange of fire, when the troops came in contact with members of the proscribed armed groups during the operation.

Another operation on Nov. 4 at Okon Aku led to the killing of one of the criminals and recovery of one AK 47 rifle with a magazine loaded with seven rounds of 7.62mm (Special) and one mobile phone.

Nwachukeu said that in a follow up operation on Nov. 5, troops raided another enclave of the groups around the Amangu village and neutralised two of the criminals, while some fled with gunshot wounds.

Sadly, during these engagements, one soldier paid the supreme sacrifice, he said.

Nwachukwu added that the Nigerian army would leave no stone unturned in the search of the abducted soldier.

Furthermore, he assured that all operations would be conducted within the ambit of the law and in line with global best practices, Rules of Engagement and Code of Conducts guiding Army operations.

He also it should be clear to all that criminal attack and abduction of service personnel is an act against the state which will not go without consequences.

The recourse to employment of propaganda by these criminal elements will not deter the Army from carrying out its constitutional mandate.

Law abiding citizens of Amangu community are also advised to go about their legitimate businesses without panic, as the military is always on ground to protect lives and properties, be said.