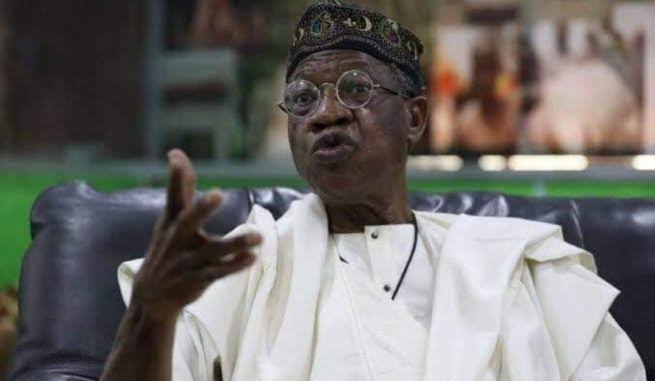 By Olumide Gbenga On May 8, 2022
0
Share
Mohammed made this known at the closing ceremony and Award Night of a seven-day Zuma Film Festival in Abuja.
According to him, “the trajectory of the Nigerian film industry has been of great concern for us in this government, and this explains the series of actions we have taken to boost the industry”.
“I will just touch on a few of such actions: I led a team to the Central Bank of Nigeria (CBN) to make a case for single digit financing, and this has resulted in the Creative Industry Financing Initiative by the banks and CBN.
“We have also continuously made it clear to the international streaming companies that they must increase their local investment, including opening offices and increasing the local content on their platforms, if they wish to do business in Nigeria.
“In the wake of COVID-19, we have come up with a comprehensive report and made such available to development banks like Afreximbank, Nigerian Sovereign Investment Authority (NSIA), so that they can better understand the sector and invest in distribution and production companies,” minister said.
Lai Mohammed noted that the Ministry had partnered with the CBN and the Bankers Committee on the renovation of the National Theatre at a cost of 100 million dollars to boost the exhibition revenues of the film industry.
“This is important because the iconic
National Theatre was conceived as the hub of the creative industry in Nigeria.
“Its renovation and the addition of four new hubs, including an international film production facility, will cover production and post-production.
“These will signify the restoration of the power of the industry and its preparation to play huge roles for Nigeria into the future,” he said.
The Managing Director of Nigerian Film Corporation (NFC), Dr Chidia Maduekwe, restated the corporation’s commitment to better the nation’s creative industry through the promotion and growth of film production and cinema activities.
Maduekwe said that government remained committed to promoting the growth of the film sector by massively undertaking the required major policy decisions.
“Film works must be protected. As a creative and an export commodity, owners must earn income – money. The various government funding and support windows have been strengthened.
“The Bank of Industry and Nexim Bank have continued to deliver in supporting the sector.
“The corporation is delivering on intentional co-production of treaties that will create the foreign investment and wealth windows for Nigeran film makers,” NFC chief said.
According to him, NFC intends to sustain its various interventions in the creative sector.
“As we have come to the climax of Zuma film festival which has been listed on the global film platform of the lnternational Federation of Film Producers Association, we must deliberately resolve to sustain the recognition of excellence and creative performance.”
Also, Mr Olusade Adesola, the Permanent Secretary, Federal Capital Territory (FCT), said the FCT Administration would partner with NFC in the hosting of Zuma Film Festival for ten years, with Abuja designated as the official host city.
Adesola added that Abuja, as the host city, would ultimately become the pre-eminent film and tourism destination in Nigeria and Africa.
He called on Nigerians to invest in creative industry as the FCT Administration was working assiduously to improve Abuja film village.
The News Agency of Nigeria (NAN) reports that out of over 3,000 film entries screened by Jury Committee headed by Prof. Omatsola Daniel, 12 won the awards.
The award winners include Hilda Dokubo, Prof. Bankole Sodipo, Chief Adebayo Salami, Prof. Kalu Uka, Malam Sule Umar, Justus Esiri and Ashley Chijioke.
0
Share FacebookTwitterGoogle+ReddItWhatsAppPinterestEmail
You might also like More from author