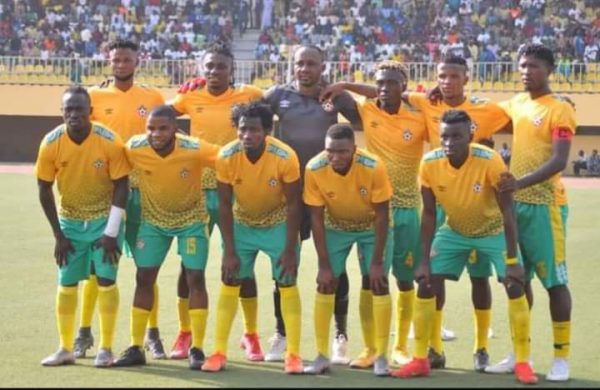 NAN recalls that the League Management Company (LMC) had last week fined Kwara United the sum of N1 million for their failure to stop fans from encroaching the technical area and the pitch after the match with Rivers United.

The hosts began brightly dictating the pace and the possession of the game, but they lacked the proper cutting edge to convert most of the goal-scoring opportunities.

Alao Danbani had the first chance of the game to put the hosts ahead when put through on goal with a delightful pass from Isaiah Ejeh but couldn’t connect properly.

Just when it seems the opening half will end in a stalemate, 3SC goalkeeper, Detan Ogundare, fumbled Samad Kadiri’s weak effort which slipped from his hands and then under his leg to give Kwara United the lead in the last real action of the first half.

Coach Abdullahi Biffo made a quick change on the resumption with Ayobami Junior replacing Chinedu Udeagha to add more bite to the final third.

Moments later, Alao Danbani did well from the left to deliver a low cross for Issa Gata to tap home from close range at the hour mark to double the host’s lead.

3SC Head Coach, Edith Agoye, made multiple substitutions in search of a response with Moses Omoduemuke, Taofeeq Malomo, and Nafiu Raheem going close, but Danbani once again kept tormenting the visitors left as he wriggles past two players to cross for Ayobami Junior to smash home inside the box in the 69th minute of play for 3-0.

The visitors, however, rallied late to pull one back in stoppage time (94) Opeoluwa Olufemi’s header to finish the game 3-1 in favour of Kwara United.

United stand-in Coach, Lukman Ijaiya, expressed satisfaction on gathering the maximum points and commended his wards for staying committed to the game plan.

His opposite number, Kabir Alausa, of Shooting Stars, was disappointed with his team’s inability to utilize their chances in the course of the game