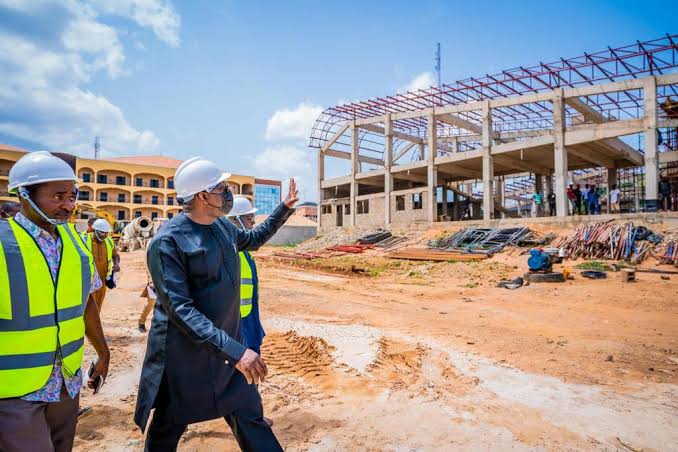 Fayemi gave the assurance during an inspection of the projects in Ado-Ekiti, the state capital, on Thursday.

The governor, who inspected the terminal buildings, runway and other sections of the state airport project, expressed delight at the pace and quality of work done.

He also expressed confidence in the ability of the company handling the projects to deliver within the stipulated time.

According to him, the company has all the necessary materials, equipment, experience and expertise required for the timely completion of the job.

”It has no reason not to deliver within the expected time frame.

“The terminal and the run way are almost completed; its major section is already asphalted; the rest is just concrete stone base and it will be asphalted.

“I believe they will complete that within the time we have agreed,” he said.

Fayemi further said that the company had started the terminal building and the access road connecting the main Ado Ekiti-Ijan road through the airport.

“I think they are on course; I have every confidence that they will finish before I leave office.

“We have tried them before; we knew they would do it; they did Ado-Iyin road and they are doing this.

“They will soon start the Omisanjana road. So they have the experience, knowledge and the expertise to accomplish the task given to them and we are impressed,” the governor said.

Fayemi also disclosed that over 720 workers are currently working round the clock at the project site.

He said that Harding Memory College was a mega school designed to accommodate 36 classrooms with laboratories, sick bay, an ICT centre, a library and staff quarters.

Fayemi noted that the intervention would provide parents with the opportunity to put their children and wards in public schools equipped with modern facilities and well-trained teachers.

According to him, the school, when completed, will accommodate large number of pupils who would have gained admission to some of the missionary schools which had been returned by government to their original owners.

He said that the UBEC Model School at Ekiti Knowledge Zone area would provide space for students at Ago Aduloju and Ago Ayegunle.

This, the governor said, was to address the challenge of attending school in far away Ijan-Ekiti by pupils.

He stressed the need for continuity to bring about more massive developments in the state.

Fayemi added that the people of the state would have cause to smile, as his efforts at ensuring that the projects were delivered on time was going on as planned.