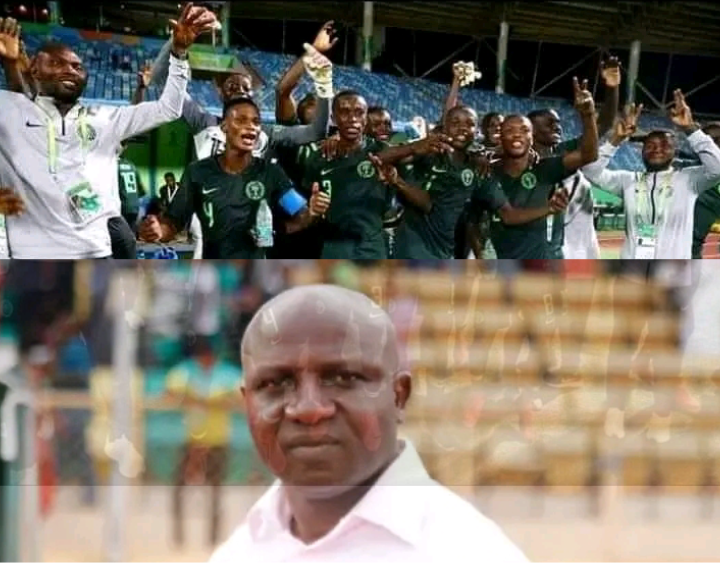 Nduka Ugbade, the Head Coach of Golden Eaglets, on Tuesday expressed delight with his team’s performance against Cote d’Ivoire, adding however that there was still room for improvement.

Reports have it that the Golden Eaglets had to come back from a goal down to defeat their Ivorian counterparts 3-1 on Tuesday.

The Eaglets’ win was in the semi-finals of the ongoing WAFU B Under-17 Championship in Cape Coast, Ghana.

Two goals by Emmanuel Michael and a glancing header by Abubakar Abdullahi condemned Cote d’Ivoire to a 1-3 defeat in the first semi-final match.

Ugbade told newsmen during the post-match conference that his players gave a good account of themselves in the match, but emphasised however that the team was still a work in progress.

“For all we know, this was a cross-over match to qualify for Algeria. It’s been interesting so far, but we’ve been losing a lot of passes.

“It’s a learning curve for the boys and I think they will get it right with time and we will see more goals start pouring in with ease,” he said.

Ugbade added that he was satisfied with the performance of his players so far in the tournament.

He noted that while they had little time to prepare for the competition, he was impressed with what the team had achieved so far.

“We are not 100 percent there yet because some of the things I was expecting from my players to the best of my knowledge weren’t carried out specifically.

“It was quite obvious  from the match today that they made a lot of mistakes in their passes and this we will have to improve.

“It is a direct result of us not starting preparations at home on time.

“So, to this extent I am very happy for the job they have done so far, getting to this point and managing to win the match,” the former defender said.

The coach also singled out Michael for praise, noting that what he had achieved in the championship was remarkable.

“Above all, special kudos to Michael who has been able to win the man-of-the-match award in three of the matches.

“This is indeed a wonderful and remarkable achievement,” he said.

Our correspondent reports that victory over Cote d’Ivoire meant that Nigeria will be one of the eight participating teams at next year’s Under-17 Africa Cup of Nations (AFCON) in Algeria.

The Eaglets will next take on Burkina Faso, winners over hosts Ghana in the second semi-final match, in Friday’s final match.