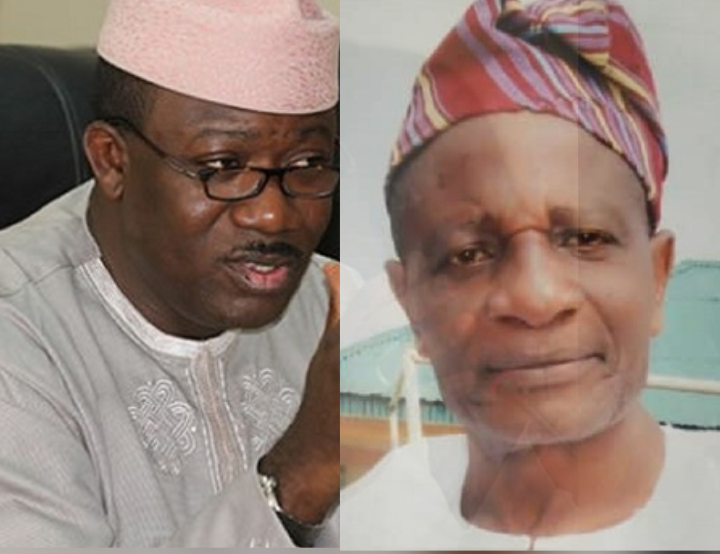 Fayemi in a statement signed by his Chief Press Secretary, Mr Yinka Oyebode, on Tuesday in Ado-Ekiti said the deceased gave his best to the All Progressives Congress and the government of Ekiti in different capacities.

The governor said Abegunde’s death came as a shock, adding that the late TESCOM chairman did not show any sign of illness during their last meeting.

He said the late Abegunde would be sorely missed for his forthrightness and dedication to duty.

Fayemi, however, urged the family to be consoled with the fact that the late politician lived a good life and made his impact in the state’s political and educational landscape.

“I, on behalf of the Government and good people of Ekiti State, commiserate with the family of our dear departed party leader, Chief Abegunde.

“Our prayer is that God will grant him eternal rest and comfort his family,” he added.

Reports  have it that Abegunde died on Sunday after a brief illness at the age of 75.