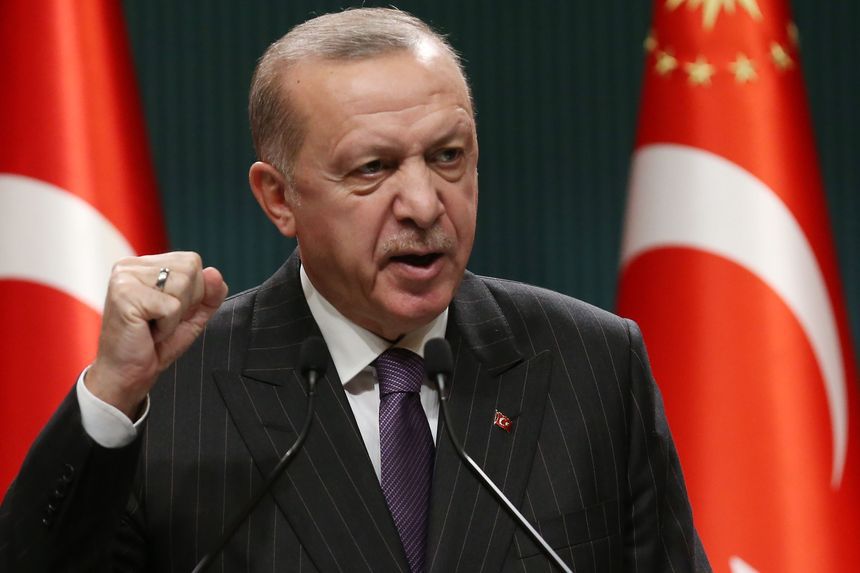 Turkish President Recep Erdoğan has demonstrated no readiness to compromise on his country’s blocking of Sweden and Finland’s bids for membership of NATO.

Erdogan has maintained this hardline posture ahead of this week’s summit of the defence alliance in Madrid.

“Tomorrow we will go to the NATO summit in Spain and do everything necessary in accordance with the rights and interests of our country,” Erdoğan said on Monday, according to government sources.

He said the “hypocrisy” concerning “terrorist organisations” would be explained to his fellow NATO leaders with “documents, information and pictures”.

Erdoğan is blocking bids by Sweden and Finland to join NATO, accusing them of providing support to terrorist groups banned in Turkey, such as the Kurdistan Workers’ Party (PKK) and the YPG, a Kurdish militia based in Syria.

Both countries dispute the Turkish claims.

Earlier, Swedish Prime Minister Magdalena Andersson had said she was optimistic that the Turkish opposition to Sweden and Finland’s membership bids could be resolved in talks with the Turkish president ahead of the summit.

Andersson stressed Sweden’s commitment to combatting terrorism during a press conference at NATO headquarters in Brussels.

“We are unequivocally committed to the fight against terrorists in all its forms and manifestations, and as allies, we will be fully committed to NATO counterterrorism policy,” she said.

The Swedish prime minister also pointed to recently passed anti-terrorism legislation, which is due to come into force on July 1, as proof of that commitment.

Andersson also reiterated her country’s designation of the PKK as a terrorist organisation.

“Sweden is not and will not be a safe haven for terrorists,” she said.

Along with Finnish President Sauli Niinistö, Andersson is due to meet with Erdoğan in Madrid on Tuesday in a bid to break the impasse before the NATO summit begins on Wednesday.

However, NATO Secretary General Jens Stoltenberg played down hopes for a breakthrough in a separate Brussels press conference on Monday, saying he would “not make promises” ahead of the meeting, in which he is also expected to take part.

Finland and Sweden set aside their long-standing policies of military non-alignment and neutrality in May to apply for NATO membership.

The move came in the wake of Russia’s invasion of Ukraine, which led to strong support for membership of the defence alliance in both countries.