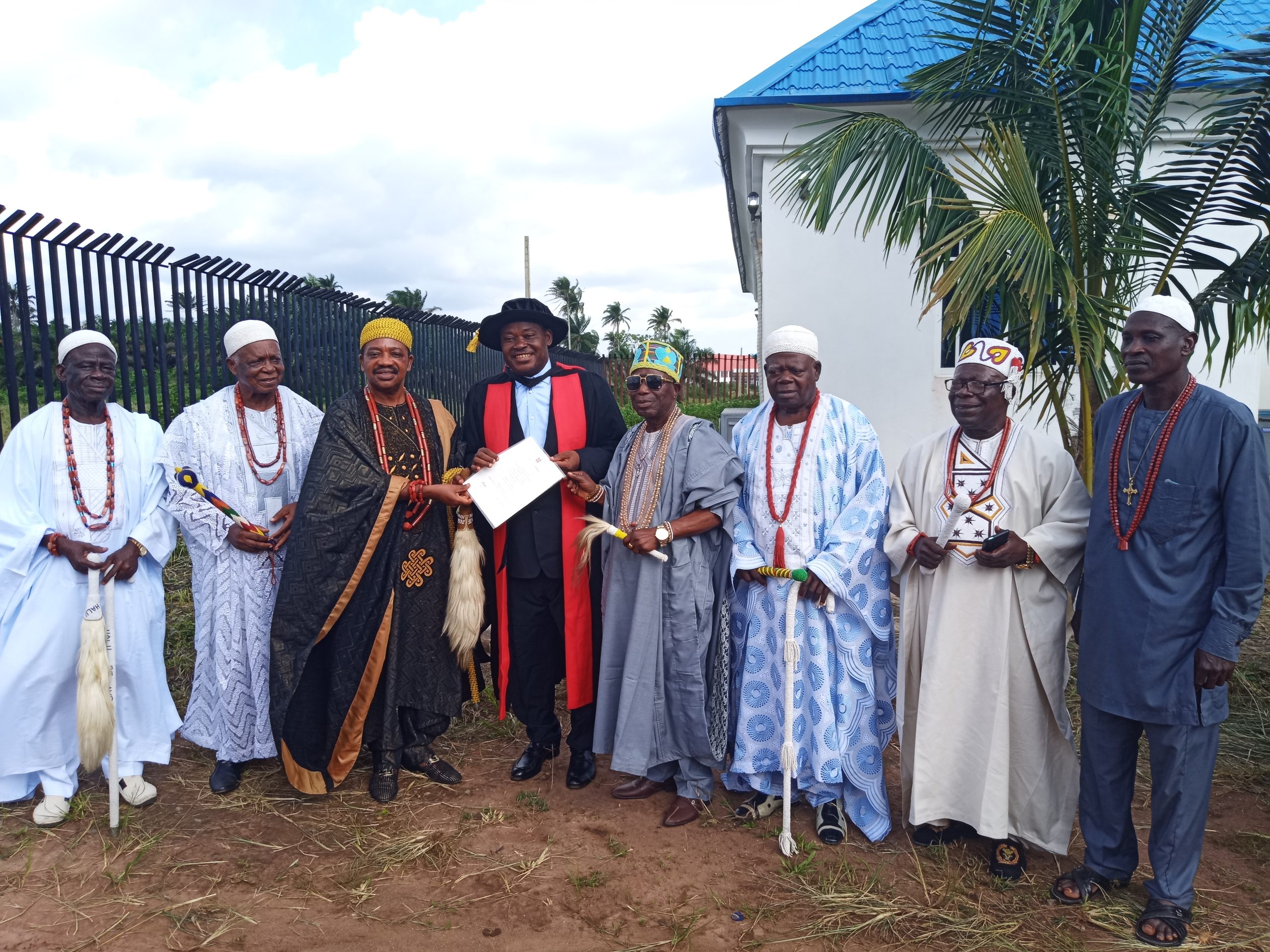 Some traditional rulers in Ikaleland in Ondo State, on Wednesday congratulated business mogul, Dr Jimoh Ibrahim over his first-class (PhD) honours in Business at the  University of Cambridge, United Kingdom.

The News Agency of Nigeria (NAN) reports that Ibrahim, the APC candidate for Ondo South Senatorial Disrict, bagged the Doctorate Degree  on July 23.

According to  records, Ibrahim received the first Doctor of Business degree to be awarded by the university since it was established in 1209.

The traditional rulers, who visited Ibrahim at his University of Fortunes, Igbotako, Okitipupa Local Government Area of Ondo State, heaped encomiums on him for the feat attained.

Oba Michael Adetoye-Obatuga, the Jegun of Okitipupa-Idepe, who spoke on behalf of the traditional rulers, said that Ibrahim had brought fame and glory to Ikaleland with the degree he obtained from the prestigious university.

Adetoye-Obatuga, who is also the Chairman, Council of Obas in Okitipupa LGA, said Ibrahim still sought knowledge and understanding in spite of his wealth and being captain of industries in Nigeria as well as outside the shores of the country.

He also commended Ibrahim for his hard work, dedication, focus and foresight.

According to him, it is worthy of emulation and  his foresight to establish his own university will  librate all Ikale indigenes.

He said that Ibrahim had brought fame to Ikaleland, Ondo South, the state, Nigeria and Africa at large.

“In spite of being a billionaire and captain of industries, your high taste for knowledge is worthy of emulation and your love for education informed the establishment of your university for all Ikaleland indigenes to be educated and liberated.

“You have indeed brought honour and glory to Ikaleland, Ondo South, Ondo State, Nigeria and Africa at large as the first African to receive the historic degree 800 years after Cambridge University was established.

In his response, Ibrahim thanked the traditional rulers for their show of love and value placed on education,  saying that he would continue to do all his best to ensure that he served humanity in his best capacity.

He added that he had garnered no fewer than eight degrees in different fields to equip himself for the future and for many people to benefit from his wealth of knowledge and experience in different capacity.

“I thank you for your show of love, value on education and prayers, I promise to do my best for humanity in my best capacity,” Ibrahim said.