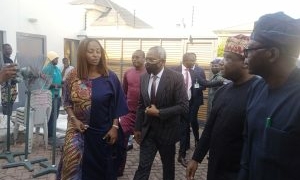 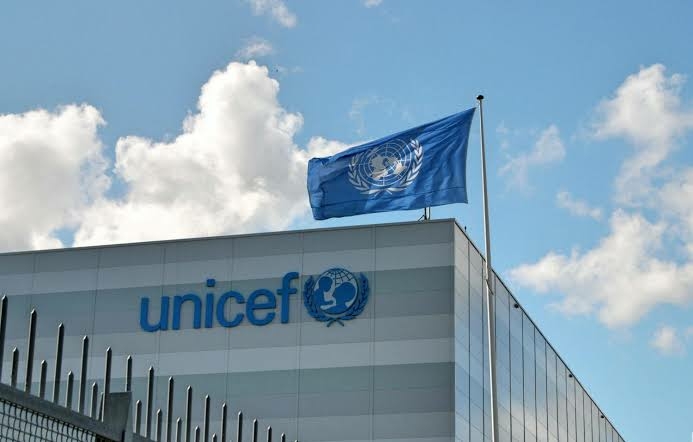 Share on FacebookShare on Twitter
Peter Hawkins, UNICEF Country Representative in Nigeria, disclosed this in a statement made available to newsmen in Birnin Kebbi, the capital on Monday.
Recall that the Kebbi State Child Protection Bill was signed into law by Gov. Abubakar Atiku Bagudu of Kebbi State at a weekly Executive Council Meeting held at the Council Chambers of Government House, Birnin Kebbi recently.
Similarly, the governor signed into law, the Prohibition of Violence Against Individuals Bill during the weekly Executive Council Meeting.
Hawkins said by signing the law, the Kebbi state government became the 31st state to domesticate the Nigeria Child Rights Act (CRA) passed by Nigeria’s National Assembly in 2003.
The country representative said UNICEF today congratulated the Kebbi state government on signing into law, the State’s Child Rights Bill passed by the State House of Assembly.
He called on the state government to allocate and release adequate resources and put in place mechanisms for full implementation of the law to grant children the rights enshrined in it.
“We congratulate the government and people of Kebbi state on this momentous achievement. By providing legislation that protects the rights of its children, Kebbi State has taken the right decision to provide its children the enabling environment to thrive and reach their full potential.
“Putting in place this law is good but just the first step. The Kebbi state government must take the next important step by putting in place structures and allocating resources for its full implementation.
“UNICEF urges that the law be gazetted without delay,” Hawkins noted.
He said on its part, UNICEF would continue to collaborate with Kebbi state government on interventions that contribute to the fulfillment of the rights of children, including the implementation of the Kebbi State Child Rights Law.
Hawkins admonished other states that were yet to domesticate the Nigeria Child Rights Act to do so without any further delay.
He recalled that in 2003, Nigeria’s National Assembly enacted the Child Rights Act (CRA), which derives from the UN Convention on the Rights of the Child (CRC) to which Nigeria is a signatory; and all of Nigeria’s 36 States are expected to domesticate the law.
Hawkins, however, said that not all states of the federation domesticated the law.
The country rep. added: “By signing the Child Rights Bill into law, Kebbi state has joined the group of states which have a legislative framework through the domestication of the Nigeria Child Rights Act.
“Thirty-one (31) States have so far enacted the state equivalents of the Child Rights Act. Five (5) States are yet to domesticate the law: Adamwa, Bauchi, Gombe, Kano and Zamfara.
“To contribute to the fulfilment of children’s rights in Nigeria, UNICEF, in collaboration with partners, has been supporting government at the state and federal levels to put in place laws and policies which address child rights issues, and the Kebbi State Child Protection Law is one of the results of such efforts.”