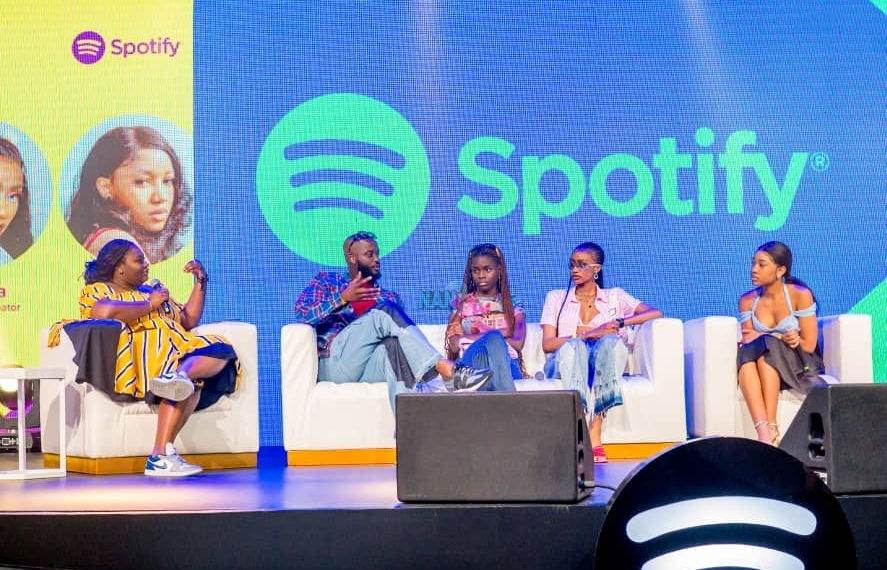 Okumu said in a statement on Friday that Spotify would continue to provide viable platforms for local artistes and creators in the audio space to showcase their creativity.

She noted that Spotify was impressed with the success of Nigerian music based on the platform’s recent finding.

She said this revealed that Burna Boy, Asake, Davido, Drake and Wizkid were the five top most streamed artistes by the Gen Z community in Nigeria.

“We are so proud to be connected with the Nigerian Gen Z community and we remain committed to amplifying the talent coming out of Nigeria by providing a platform for local artistes and creators in the audio space to showcase their creativity.

“Lagos is becoming a global tastemaker city and a generation of artistes, powered by online streaming, have got it to this point.

“Thanks in large part to music, the world’s been given a taste of Nigeria, moreso, African creators are giving rise to globalisation of culture through their work and we are so excited to be part of this success story.

“As Lagos is increasingly attaining a global tastemaker city status with creatives who are driving trends in pop culture and music, Spotify is proud to celebrate both this city that has cemented itself as a global powerhouse and the young tastemakers who are setting the agenda,” she said.

She said the afrobeats booth provided an opportunity for guests to familiarise themselves with the different Afrobeats-centric playlists available on Spotify, some of which were displayed in the booth.

“At the morning session, influencers and their fans interacted with the Spotify team for a deep dive into the listening habits of Nigeria’s Gen Z.

“The session included an exploration of how the music consumed by Gen Zs often mirrors their moods and fits into their day-to-day lives.

“Nigerian artiste, Victony, who is also a RADAR Africa artiste, had guests singing along to his hit song “Holy Father” and other jams, making the event one to remember.

“Later, at the evening session, the party continued with another Spotify RADAR Africa artiste, BNXN, who enthralled the crowd with some of his hit songs including “Finesse”.

“Up and coming Nigerian Afropop singer, Preyé, also performed, previewing her album coming out in September,” she said.

Okumu said that DanceBit, an all female dance crew, treated both morning and evening attendees to a dance performance that left people wanting more.

“Nigeria is undeniably a country setting trends across the world, with Lagos at the heart of its influence.

“With the array of talent present at the #SpotifyFunhouse events, we can say for certain that Lagos’ status as a city of influence is here to stay,” she said.

“The collaboration with the blend bar gave opportunity for Nigerian creatives and tastemakers to express their creativity in a glass by mixing their own drinks as they do their music.”