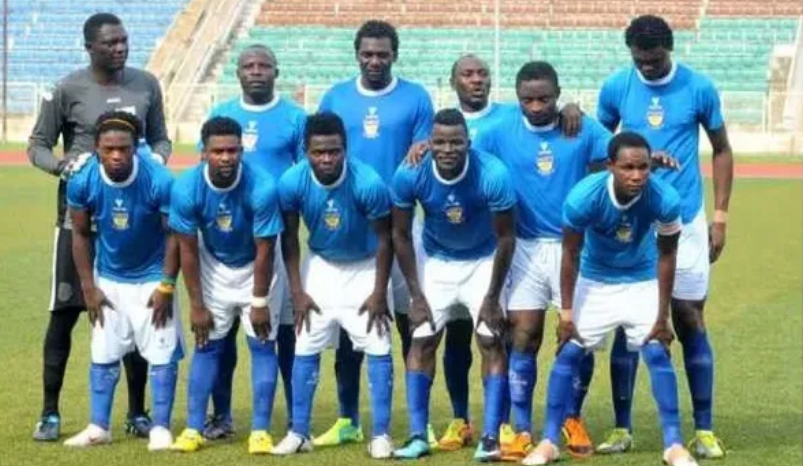 Kehinde Anjorin, new Ekiti United FC Coach, has charged players and members of the coaching crew, to imbibe the spirit of discipline and unity, ahead of the Nigeria National League (NNL) 2022/2023 season.

Anjoring gave the charge on Tuesday during his official unveiling and the coaching crew, to the players by the club’s Secretary, Atodeji Olowolafe, at the Ekiti Parapo Pavilion, in Ado-Ekiti.

Addressing the players, the new coach urged them to make discipline their watchword, assuring them that players would be selected strictly on merit, rather than sentiment.

He also assured that players of the Ekiti United Feeders Team, would be given the opportunity in the main team, provided they proved their worth in terms of commitment and consistence.

Anjorin, therefore, called for cooperation from members of the technical crew, saying nothing could be achieved without unity of purpose.

Also, Olowolafe urged the retained players to always dream big and not to be satisfied with the current state of their football career.

The team’s scribe explained that it had a veritable platform for talented and committed players to thrive and attract interests from bigger club nationwide.

He lauded the state government’s efforts at ensuring the development youths, noting that not less than 100 had been gainfully engaged through football alone.

Olowolafe  disclosed that efforts were on top gear, to arrange a friendly match between Ekiti United FC and Nigeria U-23 Team, or CHAN Eagles, before the NNL season.

Our correspondent reports that earlier, a special prayer was offered for the success of the state-owned team.

The prayer was led by Mr Kayode Adebisi, who said there was always a reward by God Almighty to those hard working and diligent to duties.

He admonished the players and coaching crew to be committed to their jobs and rely on God for blessings and favour.

A meeting between the new coach and members of the supporters Club, led by its Chairman, Mr Sunday Afolabi, was also convened.

Training for the players of both the Ekiti United FC main team and the Feeders team is also expected to commence at the Oluyemi Kayode Stadium, Ado-Ekiti soon, in preparation for the coming season.