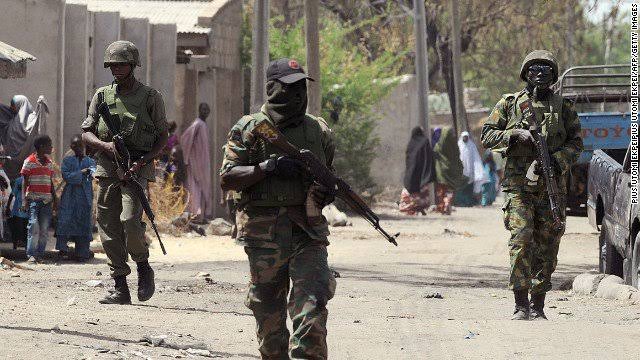 This, he said, was necessary to end insurgency in the Lake Chad region.

The MNJTF is a combined multinational formation, mostly military from Benin, Cameroon, Chad, Niger, and Nigeria.

It has its headquarters in N’Djamena and is mandated to bring an end to the Boko Haram insurgency.

Lt.-Col. Kamarudeen Adegoke, the military spokesman stated in Maiduguri on Saturday that Nuhu gave the advice when he visited the MNJTF tactical headquarters in Diffa, on Friday.

Diffa is a city in the extreme Southeast of Niger Republic near the border with Nigeria.

Nuhu doubles as the Executive Secretary of the Lake Chad Basin Commission.

He said he was in Diffa to convey the appreciation of the Heads of State of MNJTF troops-contributing countries and the entire Lake Chad Basin region to commend the troops for the successes recorded against terrorists.

The ambassador noted that the nature of insecurity in the Lake Chad region called for deliberate and sustained efforts as well as the cooperation of all participating countries to surmounting the security challenges.

He said he was happy that the MNJTF had been reinvigorated as the troops were taking the fight to the enemy in the Lake Chad Islands which were the strongholds of the terrorists.

In his remarks, The MNJTF Force Commander, Maj.-Gen. Abdul Khalifa, assured the ambassador that the troops would discharge the mission conclusively.

He called for more support from the troops-contributing countries and for more cooperation to enable the troops to attain the mission’s objectives.

Khalifa requested for more equipment for the various contingents of the Force.

Adegoke stated that Nuhu laid a wreath at the tomb of unknown soldiers in Diffa in recognition of troops who paid the supreme sacrifice in the search for peace under the MNJTF Flag.