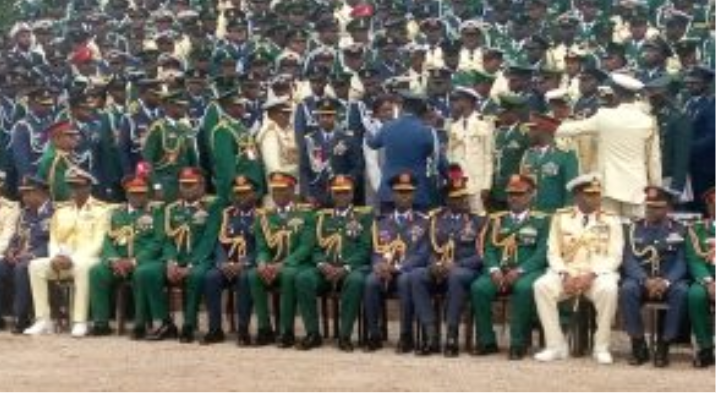 Yahaya also charged them to uphold the standard operating procedures and rules of engagement in discharging their constitutional duties.

Addressing the graduands on Friday at the AFCSC, in Jaji, Kaduna State, the COAS said upholding the tenets is of utmost importance especially in the current electioneering season which is often characterised by controversies and must be avoided at all costs.

He said the Junior Course was structured to lay solid foundation and prepare the officers for tactical level field and staff work.

He noted that the Junior Course curriculum is constantly being reviewed to enable mid-career officers cope with the ever-changing nature of warfare which has recently witnessed manifestation such as insurgency, terrorism, militancy and banditry amongst others.

Yahaya further said that the cyber space has become a formidable operational domain in which the Armed Forces must dominate to avert cyber terrorism and invasion of our national data bases.

“In similar vein, the media has become a veritable platform used by dissident groups to propagate secessionist agenda and promote discord.

“We must therefore apply the skills acquired to effectively counter false narratives, propaganda and fake news especially on social media,” he said.

He also urge them to apply the skills obtained from practices in planning and execution of joint as well as combined operations at the tactical level which culminated in all their exercises in all operational tasks.

Earlier, the Commandant of AFCSC, AVM Olurotimi Tuwase, said the Junior Course was characterised with intense field training and academic activities designed to develop the Command, analytical and communication skills of junior officers.

He said, the essence was to equip them to efficiently operate during single service, joint, multi-agency and combined operations towards the accomplishment of their constitutional roles.

He tasked them on building on the knowledge they gained, through practice, self-development, perseverance, tact and intuition to further reposition themselves for the tasks ahead.

“You will require these attributes to effectively tackle the contemporary security challenges across the country in aid of civil authority to enhance national security,” Tuwase said.

Reports have it that the officers who were from the rank of Captains and equivalent comprised of the Nigerian Armed Forces, armed forces of African nations as well as officers from paramilitary organizations, ministries, department and agencies.

Moscow’s plans to hold referendum in Donetsk ‘at advanced stage’